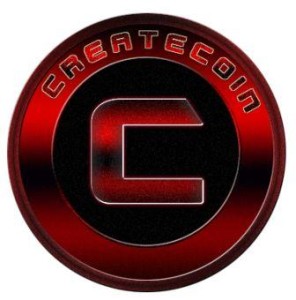 A new coin, called CreateCoin just launched (see CreateCoin ANN thread) today on June 14th 2014, with no pre-mine and a pre-announcement a couple of days ago to keep the launch fair. However, there’s a 30% dev reward for blocks 1-500 and 2% on regular blocks. This is how bounties, etc. are going to be paid by the dev.

On the technical side, CreateCoin uses the currently popular hybrid model of X13/PoS. On the PoW side of things, there will be a maximum of 15,896,875 coins (43200 blocks) that will be mined. Blocks time is 60 seconds.

On the PoS side of things, there’s an annual interest of 8% which isn’t much (remember a coin like HoboNickel is going very strong with controlled inflation even with a 100% PoS interest) but is better than some coins which are in the range of 1%-2%. Higher PoS interest gives people a reason to hold on to the coin rather than dumping on the exchanges.

There are several pools already for those who are looking to mine this coin. Mind you, this just released, so it might be easy to mine some coins now as not many know about it right now.