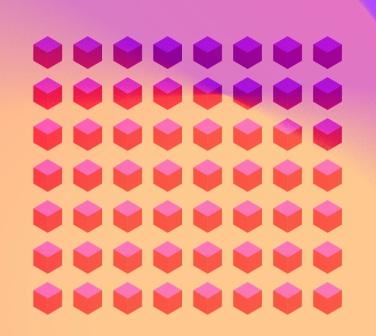 Blockchain-based data markets are going to be the new emerging trend from 2017 onwards. I’d give it a period of 5-10 years to mature, but would give the trend 10-20 years to play out. Why? Because people are starting to care about their data, and blockchain markets are significantly more powerful than existing solutions.

We have already discussed about blockchain data markets in the past. Readers will remember the project Loomia that we discussed. The problem with such projects is that the data markets side of the equation is ad-hoc. This isn’t entirely bad. After all, the business model of Loomia is to build a physical product, not a data exchange protocol.

However, astute readers would have seen that demand for the market already. What about other blockchain projects in the future? If they want to make a data play, how do they create data markets? Should every project use its own separate blockchain based market? The answer is no – we need a standardized solution that can help trade all kinds of individual data. This is the only way these data markets can scale – attracting both sides of the marketplace in one location and therefore building the necessary network effects to attract other players.

With this backdrop, let’s look at a new project called Datawallet. The team is building the much lacking data markets standard on the blockchain. The protocol itself is agnostic to what kind of data is being traded on the marketplace. This is different from the other projects we discussed, like Loomia, which are project-specific data schemas.

Datawallet is trying to become the de-facto standard in this fast emerging trend where advertisers and data brokers no longer have unfettered and unrestricted access to the data we generate. Instead, it is us, as producers of the data, who benefit from it by allowing companies to bid for it, and sell the data to trusted entities. This is ambitious to be sure. It turns a lot of current business models on the web upside down.

But Datawallet is part of a larger emerging trend where people care about the data they generate. Therefore, I’d expect less headwinds and more tailwinds in this area.

Also, remember that blockchains enable really great marketplaces to be built, which are global and without geographic boundaries. This is true of data today as well. This is a big reason why such data markets need to be built on the blockchain instead of as yet another centralized third-party marketplace. Therefore, a researcher in Norway can now access data about Australian social media users, to build a model to predict how to make social media less addictive and more educative for children under 16. This would all be possible with the right data markets in place.

If you’re interested to learn more about the team’s thinking on this matter, they have a fairly good blog that you can check out. Blogs are good because they help clarify the team’s high-level thinking on the subject matter. You can see if you agree or disagree with them. If you want to learn even more, check out the whitepaper as well.