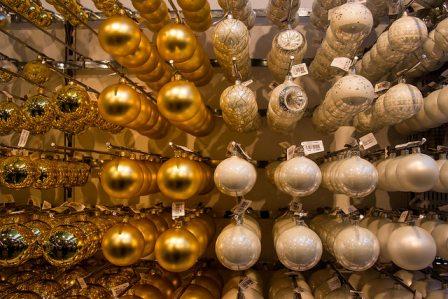 Prediction markets are a hot commodity, and a perfect application for crypto markets. They are usually disallowed by the government, so it makes perfect sense to create them on a decentralized blockchain out of any single entity’s control. They have been shown to be a source of extremely valuable information on a number of different occasions and for many different use-cases. They interest the punters and the academics alike. They will also especially appeal to the crypto-crowd given how much the people in the space like speculation.

So on the heels of Augur and Gnosis, the two big giants in the prediction marketplace, is there room for a third? Akin to Litecoin being branded as the silver to Bitcoin’s gold, is Delphi the little brother to Gnosis? Let’s find out a little more about Delphi.

Delphi is created to be compatible with Gnosis. However, the real differentiator between them comes from how the oracle system is organized. Delphi has a more robust set of oracles that run through a multi-sig so a compromise on one of the oracle doesn’t lead to immense losses on contracts. You can read more about Delphi’s recently introduced ‘Pythia Framework‘ on their blog for more details.

Then, there is the issue of token distribution. Gnosis, as much as the team may deny it, had a really unfair ICO. They issued just 5% of their tokens. Almost to prove this to be an anti-thesis to that model, Delphi have pledged 95% to the community and just 5% for their own development efforts.

This will be a big differentiator between Gnosis and Delphi. When it comes down to it, a fair token distribution is really important for crypto projects to succeed, because otherwise there is not enough skin in the game to make efforts for success by the community. It is better for the tokens to be widely distributed than be hoarded by the development team.

The token parameters are similar for both Gnosis and Delphi. In Delphi, you buy into Del tokens that release Phi tokens to be used for fees on the network. The Del tokens in this case are similar to the GNO tokens in Gnosis.

Now this is a big one, and can go both ways. Although the recent trend, especially for Ethereum ICOs, has been towards open teams, and we understand why, this is the exception in crypto, not the norm. The team claims that being anonymous helps them avoid any government intervention, considering several governments haven’t been too kind to prediction markets in the past. However, it makes it that much easier to pull an exit scam and run with the money. Trust us, we are equally worried about the possibility. But given the risk-return profile of the project, we’d still like to talk about it and give the team the benefit of the doubt, at least for now.

The team has maintained clear thoughts on the project throughout, even though there isn’t much code released yet before the ICO. You can check out the team’s blog on Medium to learn more about the philosophy behind the project and support them if you agree with their vision.

Check out Delphi now, and their ICO is still ongoing for those interested.