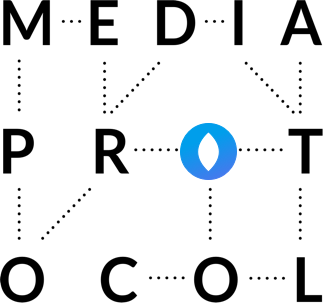 Media Protocol is a new crypto system that is based on creating rewards for sharing content. How does it achieve such a thing? Mostly through its native ‘Smart URLs’ built by the Media Protocol that track the sharing of content. This creates a more direct economy for content creators, affiliates, and content sharers.

Through the Media Protocol, publishers can promote their content and reach a much wider audience. At the same time, the people who share the content can reap in some of its success. This creates an economic incentive to share good pieces of content that are subsequently more widely shared.

The protocol value itself comes from different sources. For example, media creators can directly incentivize consumers to consume and interact with their content. How? With the help of the native token of the Media Protocol. And what do content producers get out of this? Simply put – data, and lots of it.

The end consumers who are savvy can benefit from using the Media Protocol, since they are usually ahead of the curve when it comes to trends, and publishers want to hear their opinions. The publishers record their data and preferences, and can now reward them for this participation.

The Media Protocol team is building their first application on the Media Protocol called CryptoCatnip. As the name might suggest, this is an app created specifically for the crypto community to learn more about specific cryptocurrencies and crypto-assets. This app is going to be like any other end-consumer app. The team hopes that the crypto community would visit the app as their first stop into the world of crypto news and media content.

This is a smart move by the team because the app provides a proof of concept for other third-party app developers to build other applications for other niches. Many of these protocols rely on the success of third-party developers using their protocols anyway.

Secondly, by focusing on the crypto community specifically, the team has lowered the barrier of entry, since they are preaching to the choir about the benefits of a crypto-token and blockchain. The sale to the consumers becomes much easier.

The CryptoCatnip app therefore serves as a proof of concept of the underlying Media Protocol itself. It is safe to say that very likely the protocol’s success will depend on the success of this proof of concept app, since if it fails, any other community will be harder pressed to use such a system.

If you’re interested to learn more about Media Protocol and the CryptoCatnip app, check out their website and whitepaper. Remember that token sales carry a considerable amount of risk and you can lose all your money. Never invest more than you’re willing to lose and always do your own research before putting any money into ICOs.