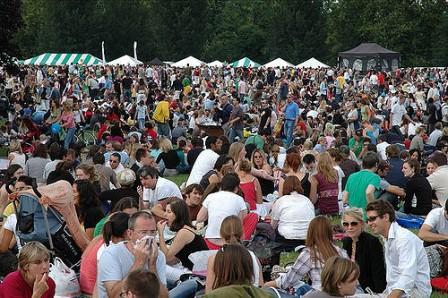 Every once in a while we here at Crypto Sailor come across a crypto project that tackles a real problem in a real industry. Fund Yourself Now (FYN) is one such project. Fund Yourself Now is an Ethereum-based crypto project that takes aims at the rapidly growing crowdfunding industry. The industry scope is high – it is a large and growing industry. If FYN can get even a small chunk of the industry, it will be quite valuable.

By removing this centralized trust, Fund Yourself Now is able to create a better accountability and incentive structure for a crowdfunding campaign. This benefits both the projects looking for backers and the backers themselves, since both sides have an incentive to be honest. Ethereum of course offers the team the ability to create a better form of crowdfunding via the use of smart contracts.

A big problem that Fund Yourself Now solves is to keep the team accountable to the backers who are financially invested in the project. The team does this by a smart contract enabled milestone-triggered payment solution. This way the team cannot just abandon the project and take all the money. Instead, the team gets the money only subject to meeting minimum requirements as outlined in their milestones before the backers put any money into the project. In addition, the project backers will have more say in how the funds are distributed via a voting mechanism. This provides some power to the people who are backing projects financially, and doesn’t leave everything at the mercy of the team, that can find it easy to abuse the trust shown by the backers.

Another very interesting aspect of Fund Yourself Now is the creation of a coin marketplace. This marketplace will act as a medium of exchange between the various project-specific tokens and rewards. Since everything is in the form of blockchain tokens, such an exchange will benefit all the projects that are launched on Fund Yourself Now. It also provides much needed liquidity to the backers of the project, who can trade them in the secondary market depending on how the project is making progress. This will allow the backers to ‘exit’ a project that isn’t going according to their vision or what they originally signed up for.

Finally, there is a social reputation system built into Fund Yourself Now platform, which should help with bringing in more transparency. Although this usually isn’t a huge problem in the traditional crowdfunding arena, it is a big step in the right direction for the crypto-backed projects that tend to remain anonymous even while raising a lot of money. With social reputation, there is less incentive for projects to disappear overnight.

Fund Yourself Now is an ambitious attempt at using Ethereum’s smart contracting platform to build a better experience for all parties involved in the crowdfunding process.

Check out the project here.