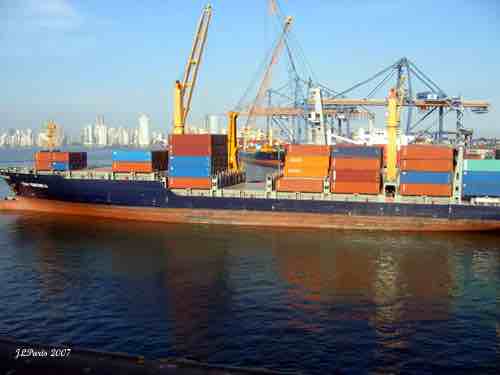 No really. Just because enterprise logistics seems like a stodgy industry of the old guard, doesn’t mean new and emerging technology won’t affect it. Blockchain is all the hype in many circles, especially in the supply chain and logistics markets. However, remove the hype and you’ll begin to see real-world use-cases of blockchain being used in the industry.

What are those cases? Well, to begin with, reduction of paper. Lots of paper! The logistics industry is fond of its paper, but really there is no need to. When your transactions are on the blockchain, it is not just for you, but for all authorized parties. This means from the originator to the shipping to the end customer to the endless middlemen in the industry.

This is generally important because a lot of time, effort, and money is spent in making sure all these intermediaries are on the same page with respect to status, and general state of things. Most of that overhead can simply be reduced or eliminated completely with the help of the right technology – blockchain in this case.

The industry is ripe for this already – there’s an increasing recognition that things cannot go on forever the way they exist today. The industry, though stodgy, has become more open to new technologies that let it achieve efficiencies not previously possible.

OEL Foundation and Use of Standards

Here’s where OEL Foundation’s playbook seems smart. The OEL foundation is really going after an infrastructure layer for this. This means they will define and set standards for the entire industry to follow. Ambitious – yes. It’s definitely one of high risk and high reward. High risk because other players may not adopt these standards. High reward because if they do, then it becomes the de-facto standard for a trillion dollar industry.

The OEL foundation is doing this through a non-profit structure. They will design the low-level infrastructure ‘stuff’. This is important because you don’t want to bog down the industry with these details from an early stage. That would hurt adoption. Instead, the company wants to be able to go to the industry participants and tell them about the process and the effort put into it. Once it gets buy-in from these players, it has its foot in the door.

That’s a clever strategy because of the nature of the industry – very global and fragmented. As we already said, it won’t be easy getting everyone in one room and figuring this out, but if they succeed, the rewards are as big.

In fact, one could argue that building the technology itself is easy – after all, the likes of Ethereum have shown that it is relatively easy to design even complex programs. The biggest challenges for OEL are going to be human, not programs.

Intrigued? Check out the OEL foundation website, and for more details, make sure to read the whitepaper. There’s an ongoing token sale too. Remember that token sales can be extremely risky and you should never invest more than you’re willing to lose entirely.