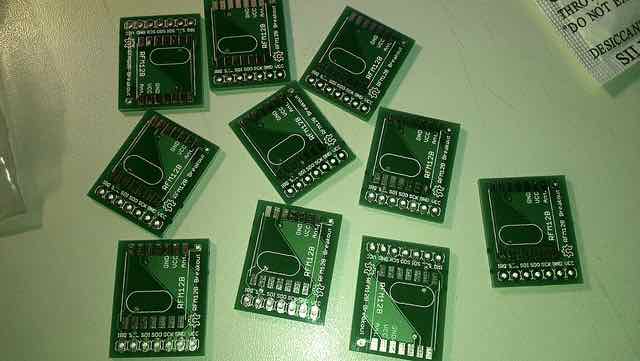 Today, we want to take a look at the possible ways to fund the upcoming internet of things revolution. This is a long-term play. Just like the internet took over 30 years before the world wide web really came along, so will the IoT world. The idea has been with us for decades now. However, for such a broad sweeping technology, everything else needs to be in place before it can truly penetrate our society. This is why our world is not unrecognizable today with the advent of IoT.

However, we know that the IoT revolution is coming. You can be a company in New York and get instantaneous weather data in Sydney. The power of this data can be huge. You can know the local conditions, traffic, preferences, etc. everything in real time around the world. It can potentially transform most aspects of human society.

Why is it not here yet? It is mostly because there are other technologies that need to ‘be there’ first before the IoT revolution can take off. Take internet connectivity for example. For an IoT to work, it needs access to high quality, high availability and high bandwidth internet connection. The whole world is just not there yet. Also, bandwidth and storage can be expensive still in many parts of the world, especially for large data transfers that are needed for the IoT revolution.

Then of course, the big challenge is the creation of the sensor itself. This is very subjective because it depends on the type of sensor. There are supplemental technologies like self-driving cars that are making the cost of manufacturing certain types of sensors go down over an exponential curve.

Still, the actual sensors themselves are no trivial engineering problem. After all, you need to ship millions to billions of such sensors, all collecting data and connected to the internet. That’s an immense amount of data that is being collected.

What’s the incentive for deploying these sensors? Right now, it is direct economic incentive, i.e. if Google’s self driving car needs weather conditions on a road, Google will deploy a sensor at that location. However, at scale, this is not a replicable strategy. There are just too many areas around the world to cover.

That’s where Databroker DAO comes it. It is building a decentralized marketplace for data from these IoT sensors. All kinds of buyers and sellers can get together on this marketplace and transact to get the data. So now, instead of companies deploying one sensor, they can effectively ‘rent’ thousands of sensors and get a better picture of the data on the ground, in real time.

Also, the problem of who will deploy the sensors becomes easier – if you think you can make more money via selling the data that the sensor collects, you may as well! Therefore, you don’t need to depend on large corporations. Instead, buy a sensor, deploy it to the network, and get paid for the data collected.

If this idea seems interesting, check out the databroker DAO website and the whitepaper.